Are Your Taps Contaminating Your Water?

Clean water is something we often take for granted in Australia, but a recent study shows that the water we drink many not be as pure as we think. Although common misconceptions lead us to believe the water supply is often to blame, reports have shown that our taps could actually be doing most of the damage.

Researchers from Macquarie University conducted a study into lead contamination from kitchen taps, and found an overwhelming amount of copper and lead contaminants in Australian homes. In some cases, these levels exceeded the recommended amount for safe water drinking levels in Australia, signalling a very serious issue to be addressed.

How the water was tested

The study, conducted in 2014, had the research team from Macquarie collect samples of water from homes across New South Wales. The water had to have sat in a tap for a nine hour period. This period is generally observed in households overnight, with the first water supply for the day then being used to fill our jugs for morning coffee or baby formula, and this is generally when the contamination occurs.

Following this stagnation period, it was found that copper was present in nearly every water sample, and lead in just over half. An astonishing 8% of the lead contaminated supplies had worryingly high levels, leading researchers to believe that plumbing products were to blame for this pollution.

Although only New South Wales water supply was tested, researchers are confident that this is a nationwide issue, possibly even extending overseas, as the same type of tapware is used in many countries. 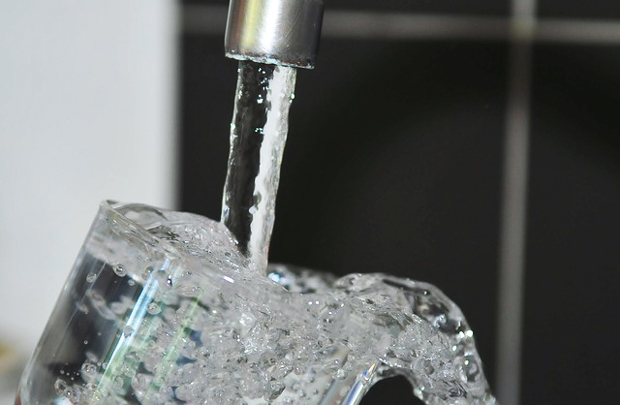 While harmless in smaller amounts, lead can be dangerous to our health if more than ten micrograms per litre are found. At this level, both lead and copper can have serious effects on our health such as:

When you use the taps first thing in the morning, it is advised to let them run for two to three minutes and then use that water for non-human consumption around the home, to ensure you’re avoiding this contamination.

Researchers have advised that homes with young children, babies, or pregnant women should be especially cautious of their tapware and have these assessed immediately. As the effects of lead poisoning are irreversible, it’s an important area for concern.

Why you should replace your taps

Taps are likely one of the last areas to look at for renovations in the home, but having old taps installed can be damaging to your health and your wallet. While the serious consequences of a tap which contaminates your water supply can be dangerous to your well-being, there are other reasons why you should replace them.

Whether you hear your tap dripping through the night or there’s a constant pool of water around the tap base, it’s likely that you’re due for a replacement tap. These faulty faucets can waste upwards of 24,000 litres of water a year which is a phenomenal amount considering you’re not actually using any of that supply.

If you suspect a problem with your taps leaking or want them assessed for possible contamination issues, the team at JEDI Plumbing are on hand to assist. Our experienced team offer a range of services, including:

JEDI Plumbing can replace your unruly taps in no time and bring clean and preserved water to your home once again, so contact us today on 0411 774 381 to arrange an inspection.